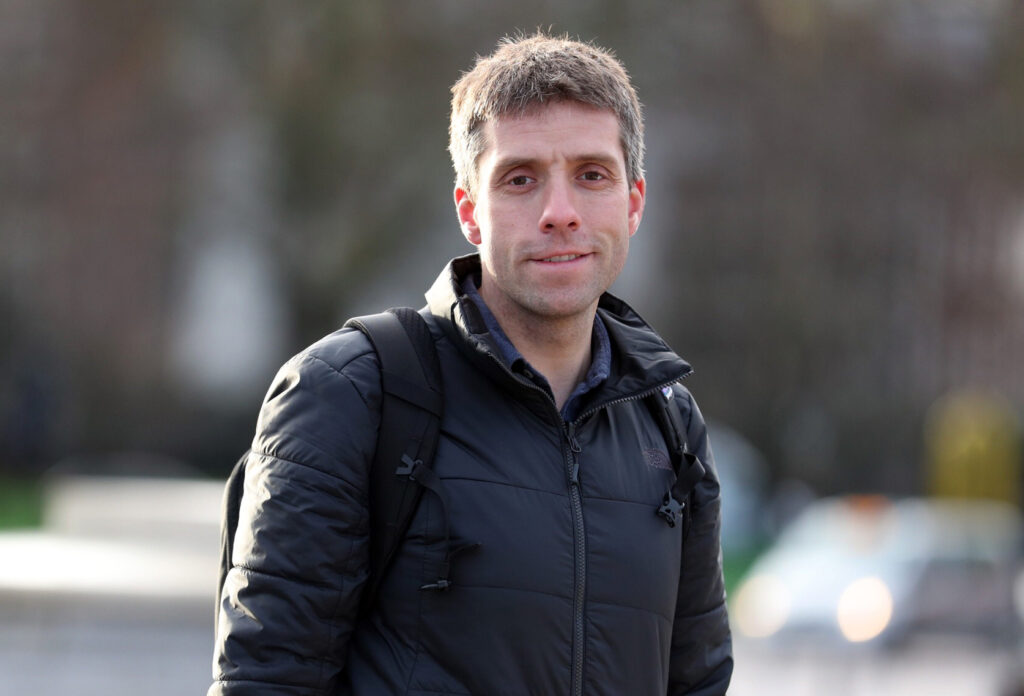 Joe is a science communicator, educator and scuba diver working to inspire the next generation of scientists and explorers. In 2017, he was selected as a National Geographic Emerging Explorer and shortly after became National Geographic’s first Education Fellow. He founded National Geographic’s Explorer Classroom program and recently launched the Global Biodiversity Festival, a virtual event bringing biodiversity live to the general public in over 100 countries. Joe’s a top 50 finalist for the Global Teacher Prize, on the board of the Explorers Club and is a fellow of the Royal Canadian Geographical Society, Ocean Exploration Trust and the Explorers Club. An avid scuba diver, he’s been around the world diving with great hammerhead sharks, German u-boats and everything in between.

Joe taught intermediate science and math for seven years, launching Exploring by the Seat of Your Pants after seeing the impact of inviting scientists, explorers and conservationists from around the world to spend time with his students. He grew the organization for two years while still teaching full-time in the classroom, before ultimately leaving the classroom to embark on the adventure of turning Exploring by the Seat of Your Pants into a full-time endeavour in 2017. 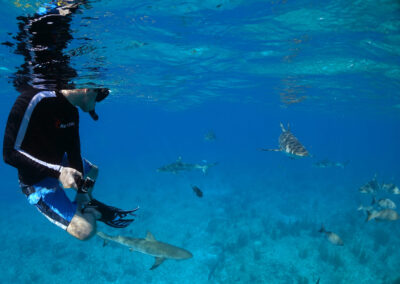 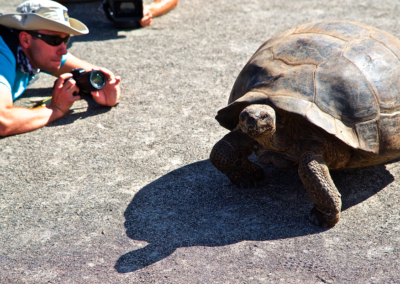 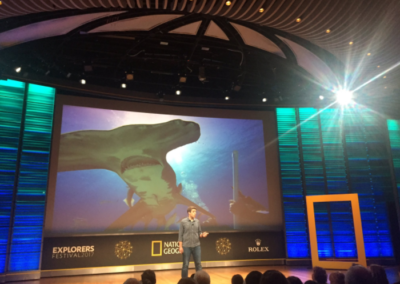 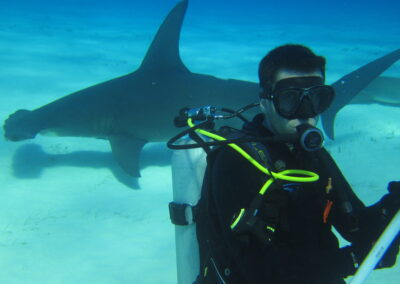 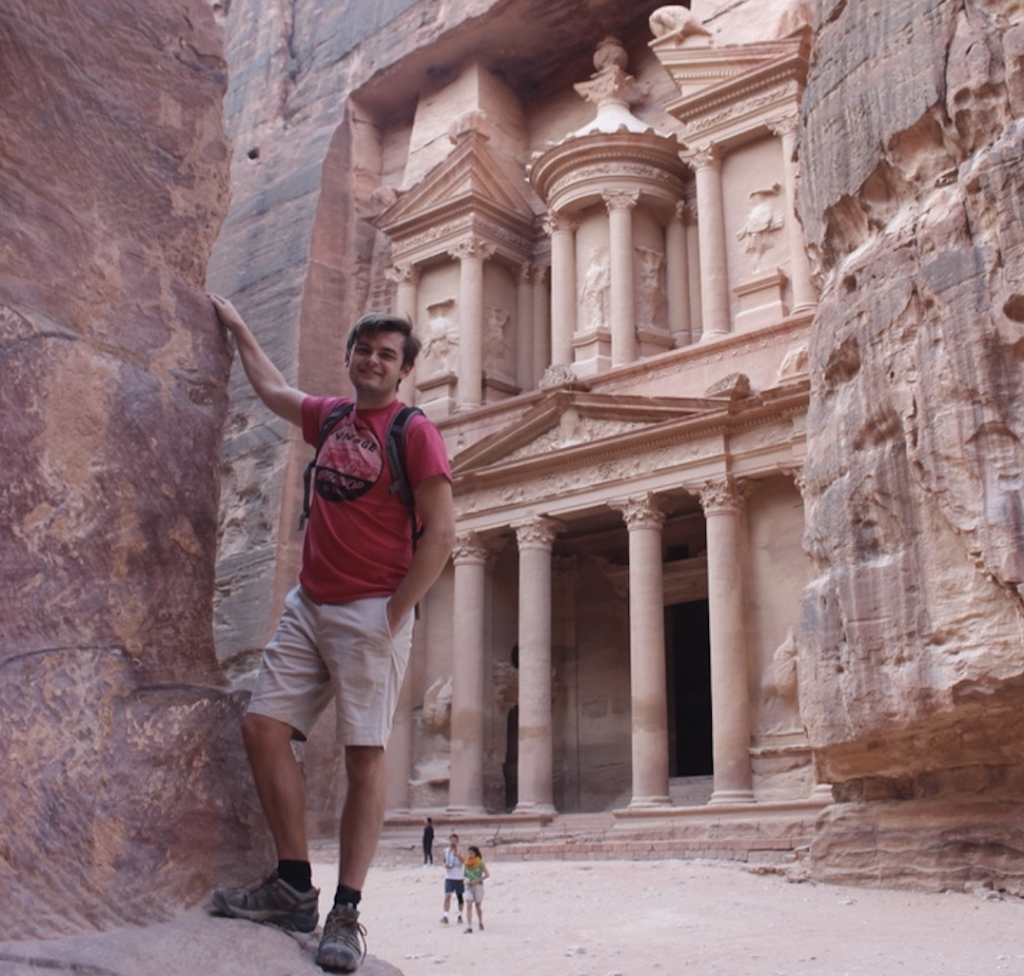 Jesse is a Science Communicator from Toronto working to connect scientists and explorers with the public through digital and live events across Canada. He is the VP of Education at Exploring By The Seat of Your Pants where he’s brought in over a hundred new speakers and hosted 600+ broadcasts since 2015. He is the founder of Science Literacy Week – a national science festival held across Canada every September and run through NSERC in the federal government. He also produced The Story Collider podcast in Toronto for three years, helping showcase the human side of science. Finally, he is a Royal Canadian Geographical Society Fellow and a member of the Explorers Club who took part in an Expedition to Madagascar in 2019. 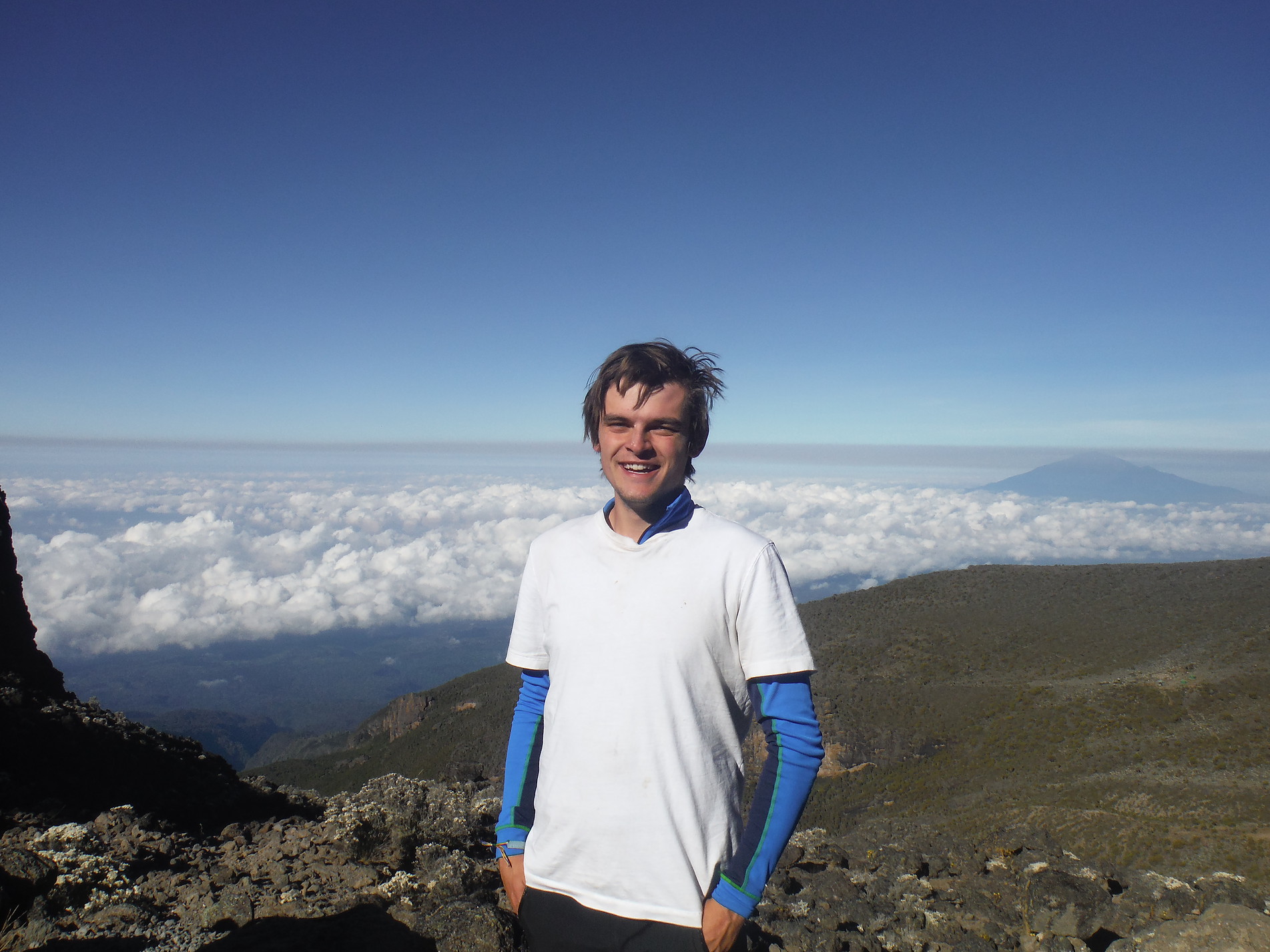 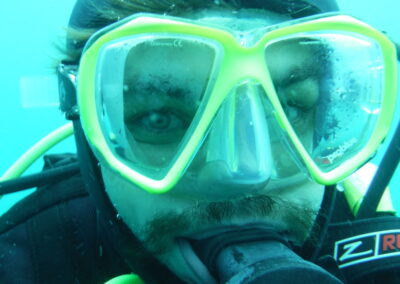 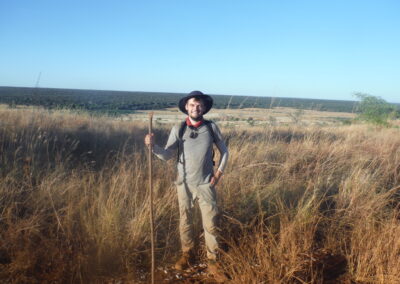 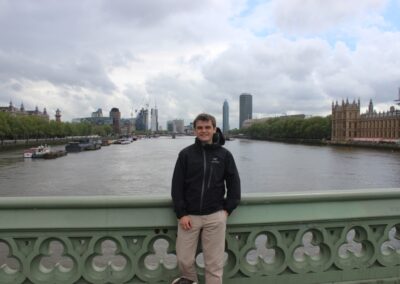 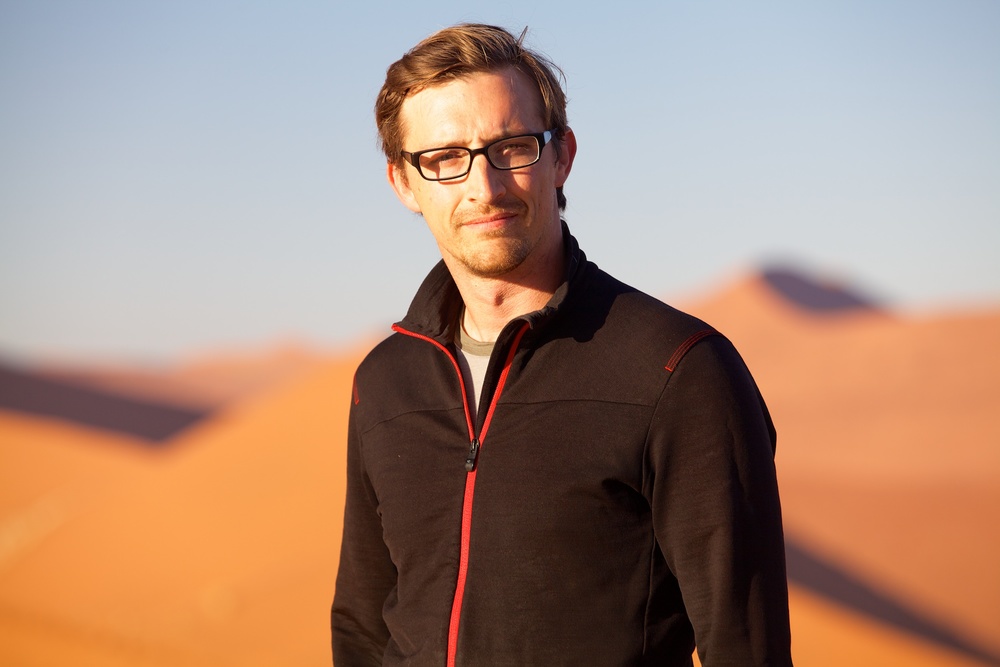 Travis has a BSc in Primatology, an MA in Anthropology from the University of Calgary, and a PhD in Evolutionary Anthropology from the University of Toronto. Travis specializes in primate conservation biogeography and applied conservation. Travis has been involved in primate research since 2002 and has conducted many research projects on endangered primates in both Belize, Central America, and Madagascar. In 2015, Travis founded Planet Madagascar to work towards building sustainable forest communities in Madagascar. He combines his research with practical conservation measures to protect lemurs and their habitat and improve the livelihoods of people who live in connection to lemurs. 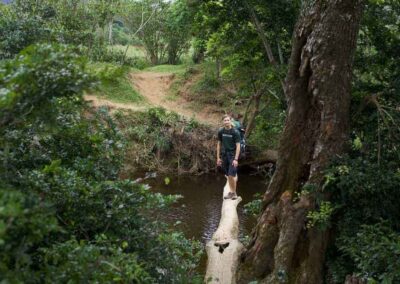 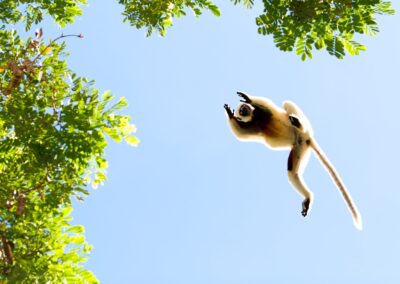 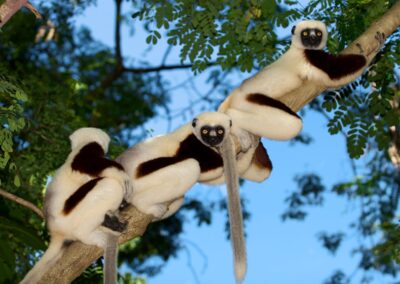 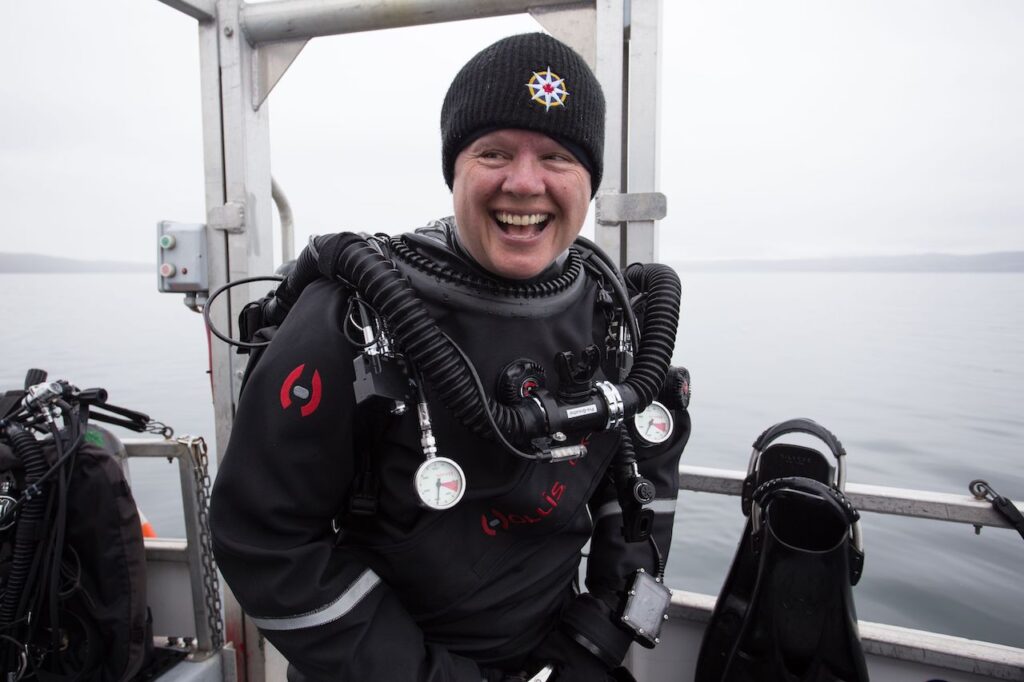 Jill is one of the world’s premier underwater explorers, and the first person to dive inside iceberg caves. According to filmmaker James Cameron, “More people have walked on the moon than have been to some of the places Jill Heinerth has gone right here on earth.” An acclaimed polar explorer, cave diver, author, speaker, filmmaker, and climate advocate, Jill is the first Explorer-in-Residence of the Royal Canadian Geographical Society. She is the inaugural recipient of the Sir Christopher Ondaatje Medal for Exploration and Canada’s Polar Medal. Jill leads expeditions into extreme environments to advance scientific and geographic knowledge. Her projects have been broadcast on the CBC, BBC, PBS, Discovery Channel, and television networks worldwide. Her bestselling book INTO THE PLANET – My Life as a Cave Diver has drawn acclaim from the New York Times, Wall Street Journal, NPR, and O Magazine. 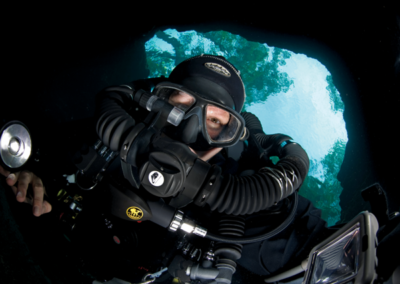 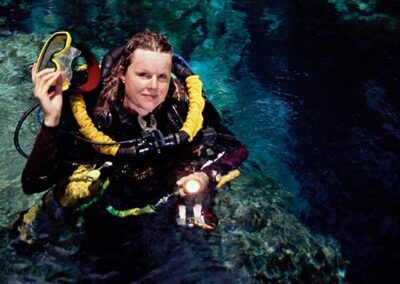 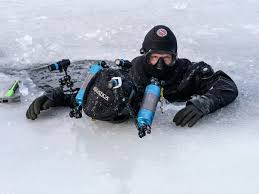 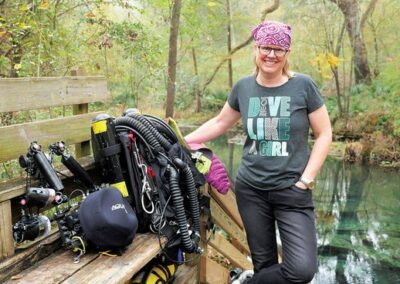 George is a renowned global adventurer, storm chaser, explorer and television presenter. Based in Toronto, his efforts to document nature’s worst weather conditions have taken him all over the globe, into places most normal people are fleeing from. Whether it’s a tornado outbreak in Kansas, a monster hurricane in the Gulf of Mexico, forest fires in British Columbia, or even an erupting volcano, he’s usually in the middle of the action with his camera rolling. His efforts have been seen around the world on the Discovery Channel, National Geographic Explorer, BBC-TV, CNN and of course, his own adventure TV program Angry Planet which has been broadcast in over 100 countries. George is an Explorer in Residence of the Royal Canadian Geographical Society and is the Chairman of The Explorers Club Canadian Chapter. Awards include The Leif Erikson Exploration Award from the Exploration Museum in Iceland, Canadian Geographic’s list of Canada’s 45 Greatest Living Explorers and the 90 Anniversary Medal from the Royal Canadian Geographical Society. 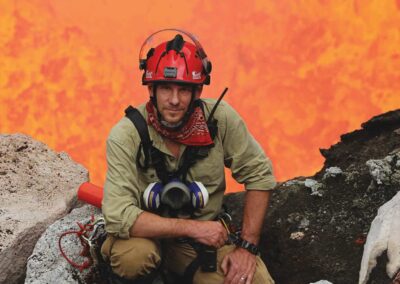 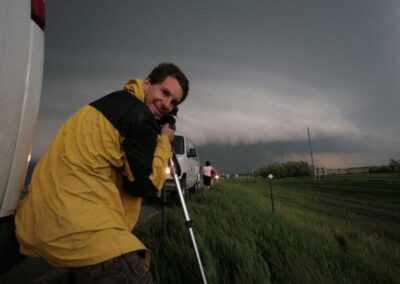 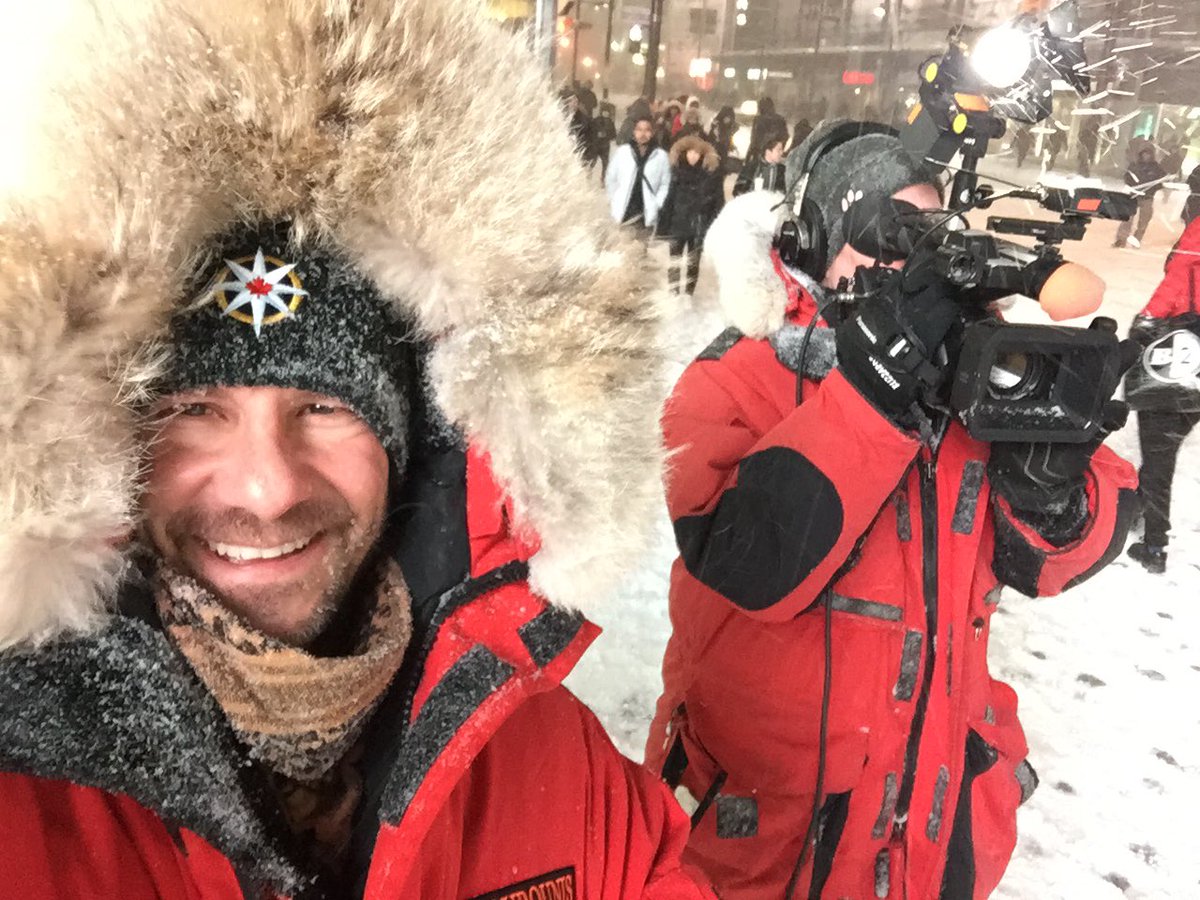 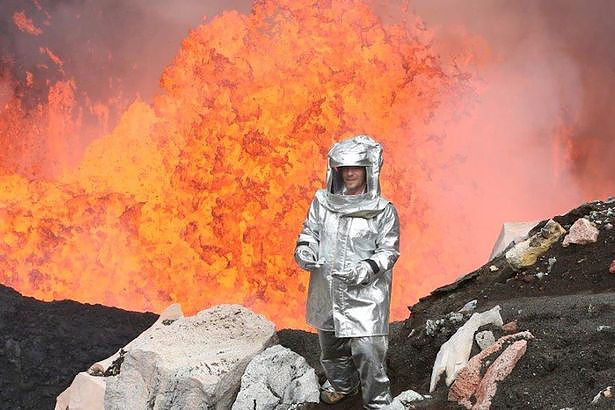 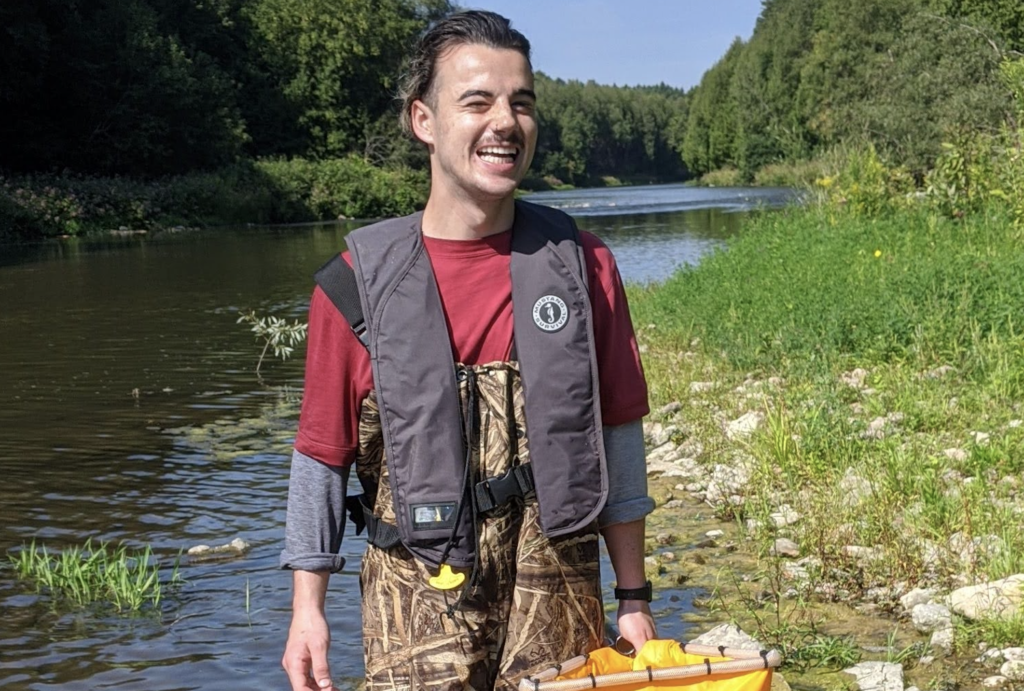 Nicholas is in his undergraduate program in Genomics at Deakin University, Australia. Alongside school, Nicholas loves to spend his time climbing, kite-surfing and diving, his connection to the coast and the GBR have highlighted the importance for marine conservation and exploration. In 2021, Nicholas spent a year working in Guelph on a Work – Holiday visa and interning at the University of Guelph with the department of environmental toxicology. 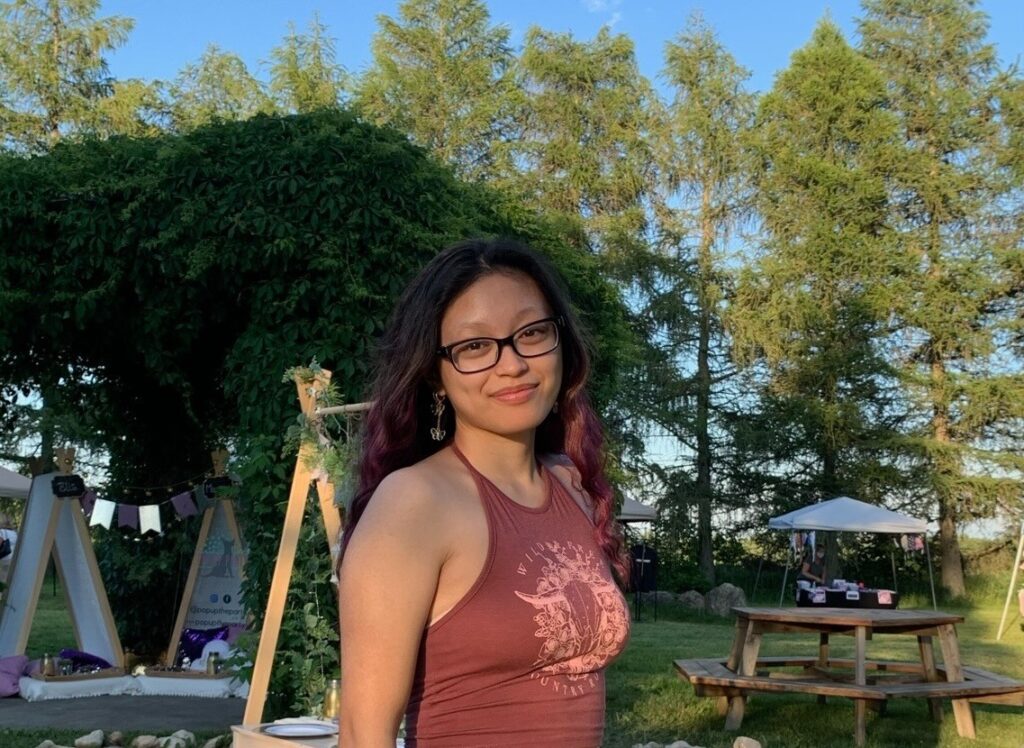 Helaena is an undergraduate student at the University of Guelph and is currently in her second year of study. She is majoring in zoology and minoring in anthropology. 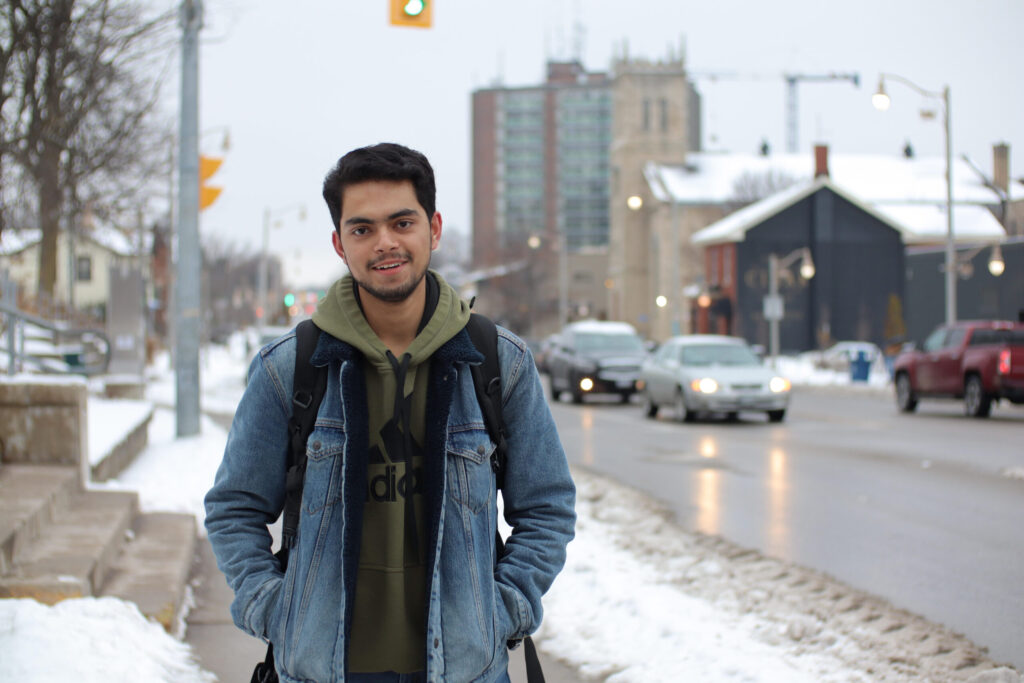 Saksham is currently pursuing an undergraduate degree at University of Guelph in Biological Science, and minoring in Computer Science. Apart from his interest in Sciences, he’s super passionate about technology – whether it’s exploring more or building robots, or servers. Alongside tech, Saksham love being surrounded by nature, doing photography or playing piano in his free time! 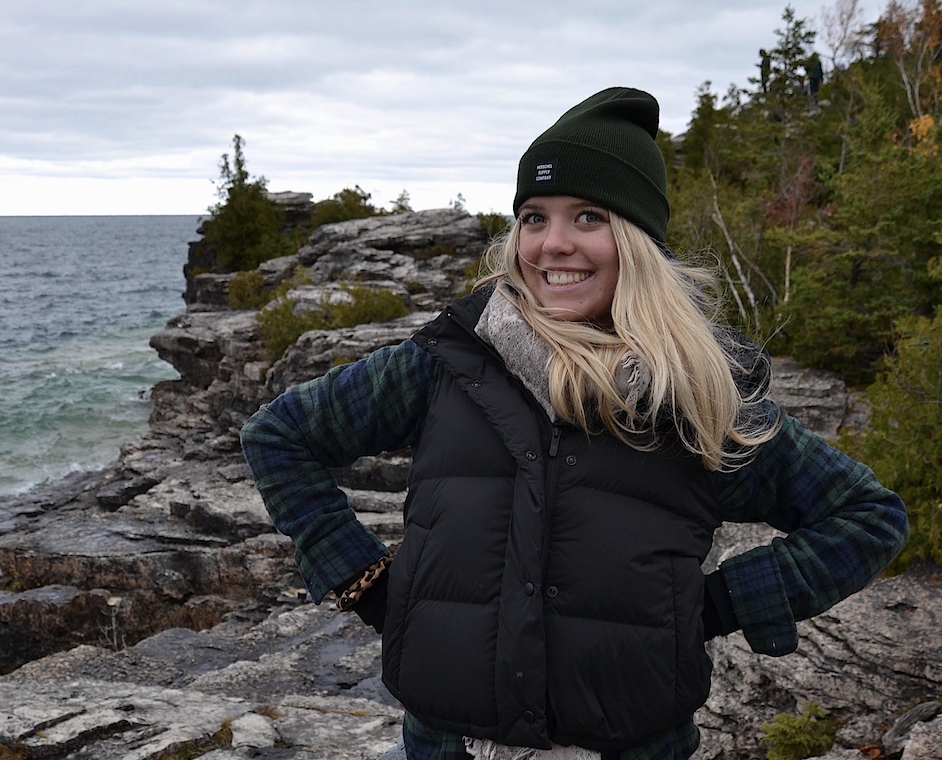 Elizabeth is a fourth-year biological science major at the University of Guelph. Through her studies at the University she has acquired a significant interest in environmental science, specifically, communicating various phenomena through the production of maps. Elizabeth loves to stay active through her participation on the University’s women’s lacrosse team and is lucky enough to live on the Niagara Escarpment where she spends her free time hiking with family and friends. 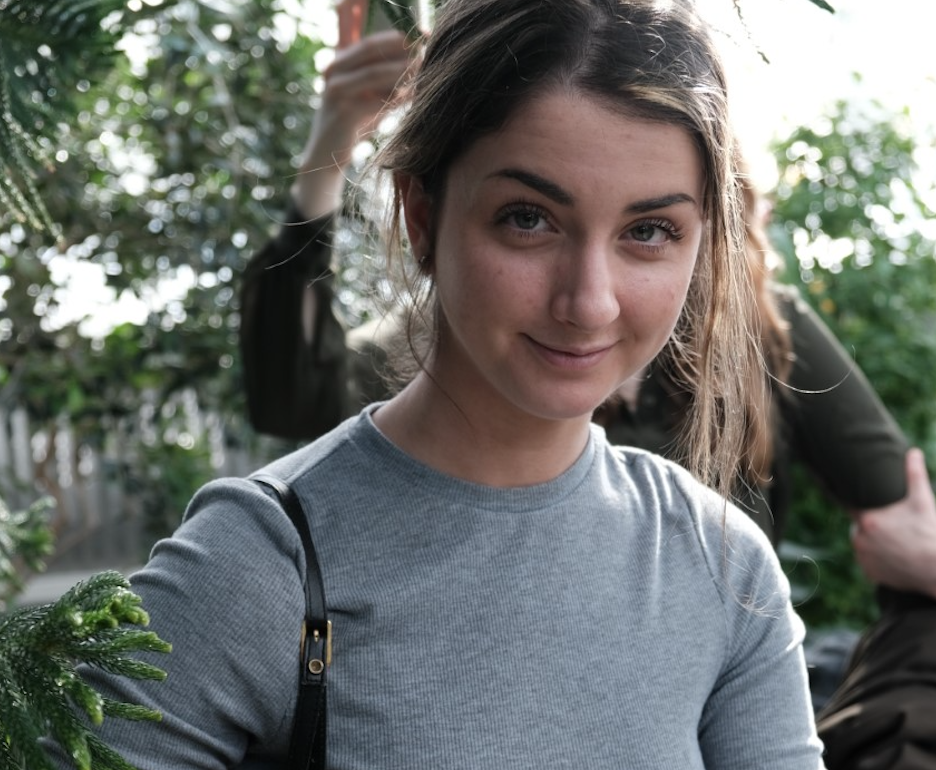 Marie-France is currently completing her undergraduate studies in Zoology at the University of Guelph. She’s always loved going on hikes to identify different insect and fungi species, as well as creating digital artworks. These pastimes sparked her interest in meshing science and art as a useful tool for showing others the beauty and importance of the natural world, especially for the small and often forgotten creatures within our soil. 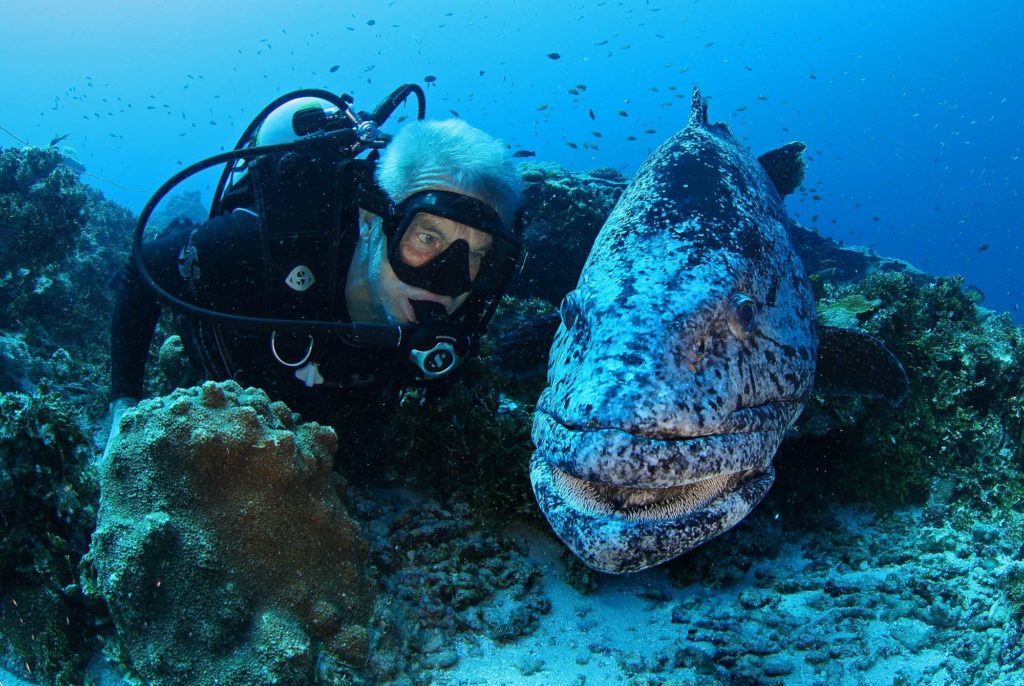 Paul is at the front line of exploration and one of the world’s most experienced divers, field science and polar experts. He helps scientists unlock and communicate global mysteries in the most remote and challenging regions of the planet. Paul is currently expedition leader for the National Geographic Pristine Seas Expeditions. Paul is an experienced television presenter and radio broadcaster. He was the Base Commander of Rothera Research Station in Antarctica, for the British Antarctic Survey for 10 years and was awarded HM The Queen’s Polar Medal. Paul is a mountain and polar guide leading Greenland Icecap crossing and mountaineering expeditions and polar science support logistics.