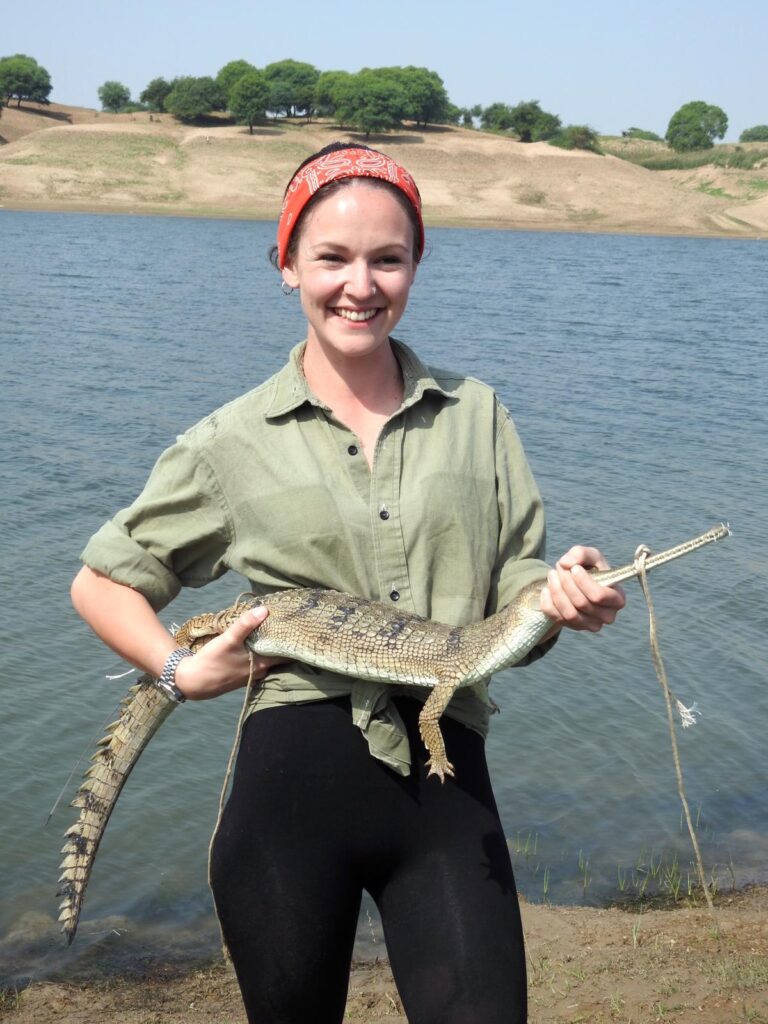 Phoebe is a crocodilian conservationist and zoologist, who aims to use scientific research to inform conservation decision making. She has always loved the mysterious species that live in freshwaters (the bigger and more teeth the better!), most of all the gharial, a very unique and incredibly weird-looking croc species found in South Asia. Growing up in Nepal, she was inspired by the work of Nepalese conservationists to save the gharial from extinction, and is privileged to have now joined the efforts to help the gharial recover in and around Chitwan National Park, a World Heritage Site in southern Nepal. Currently, Phoebe is conducting her PhD research on gharial ecology and conservation in Nepal, which has involved catching and tagging wild adult gharial, monitoring the survival of gharial released from captivity, and documenting the awesome parenting skills of the gharial and the mugger (Nepal’s other resident croc species), which has a tendency to crunch on her camera trap! Phoebe is a member of the IUCN Crocodile Specialist Group, and a Research Fellow of Himalayan Nature.

The Frozen Feats (& feet!) of a Glaciologist