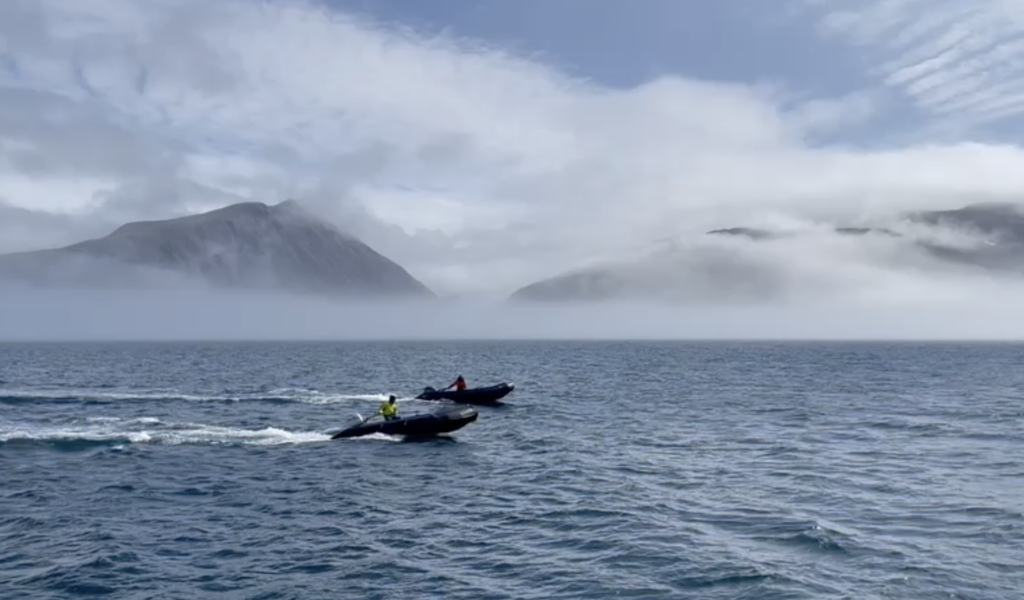 Join the team from National Geographic Pristine Seas as they explore the Canadian Arctic during the months of July and August. In this first event, we'll connect with the team as they explore Western Hudson Bay. We'll meet some of the team, catch up on the expedition so far and check out some of the equipment they're using, before students have a chance to ask some questions.

They'll explore five priority areas from aboard the MV Polar Prince, a 220 ft (67 meter), Indigenous-owned, Canadian-flagged research icebreaker. Their goal is to support marine conservation in collaboration with Indigenous and regional partners across the Arctic and Subarctic.

The expedition includes a multidisciplinary team that will explore and document the unique and largely understudied underwater ecosystems and a media team that will capture footage to produce two documentary films. Scientists onboard will use various research methods, including underwater visual census, seafloor sampling, remote cameras, and environmental DNA (eDNA) analysis—a method of collecting trace biological materials to identify species.

This Pristine Seas campaign will support Indigenous-led conservation and the Canadian Government’s commitment to protecting 25% of its ocean by 2025 and 30% by 2030. Currently, Canada has protected 13% of its ocean.