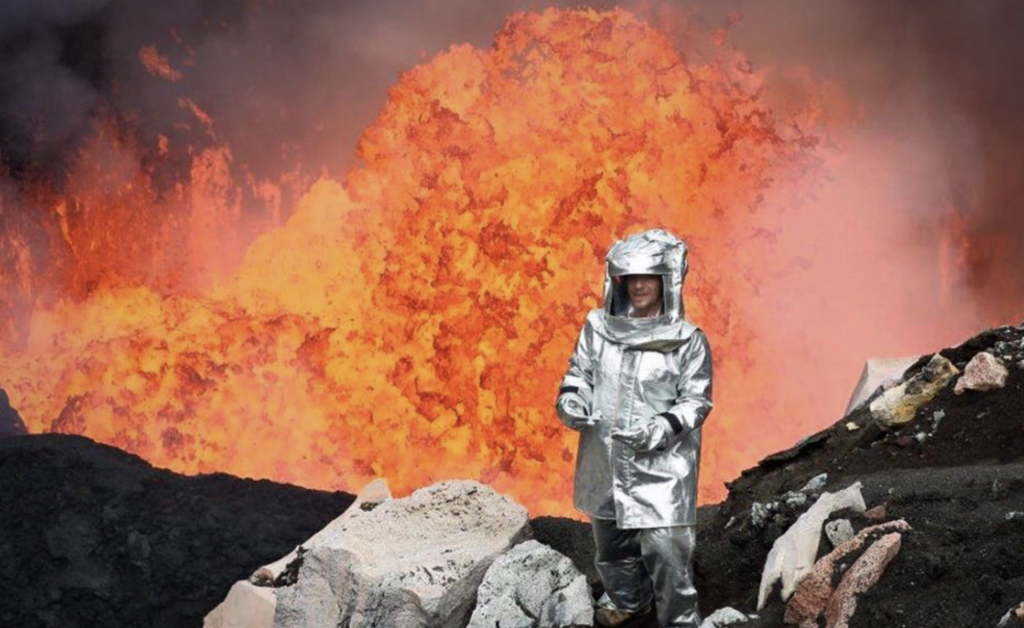 George loves volcanoes, so much so, he was married on one. He has explored lava lakes in volcanoes around the work including spending several weeks weeks living on a volcano on Ambrym Island, Vanuatu. He made several long descents into the craters to their lava lakes within. You won't want to miss George's stories and photos from one of the most extreme environments on the planet!

George is a renowned global adventurer, storm chaser, explorer and television presenter. Based in Toronto, his efforts to document nature's worst weather conditions have taken him all over the globe, into places most normal people are fleeing from. Whether it's a tornado outbreak in Kansas, a monster hurricane in the Gulf of Mexico, forest fires in British Columbia, or even an erupting volcano, he's usually in the middle of the action with his camera rolling. He started chasing tornadoes and other storms almost 15 years ago and has continued to expand his explorations to include all types of extreme natural phenomena.

Human Wildlife Coexistence in the Bow Vally with Robin Pollard