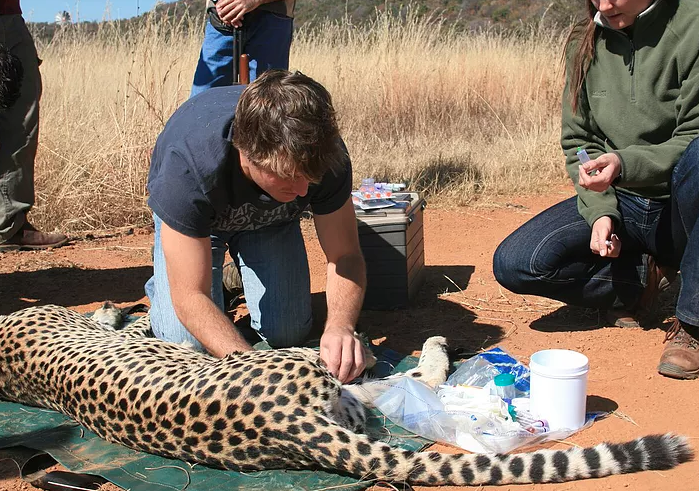 Vincent’s upbringing on an avocado farm triggered an interest in all things biological. He is the Cheetah Metapopulation coordinator for the Endangered Wildlife Trust. The Metapopulation program works by nurturing several populations of cheetahs in mostly private game reserves, and swapping cheetahs between these sites to boost the gene pool. The population of cheetahs in this program has already doubled in 9 years!

In 2016 the Cheetah Metapopulation was expanded into Malawi, with the reintroduction of wild Cheetah into Liwonde National Park after a 20-year absence in that country. His research interests include the historical distribution of Cheetah in southern Africa, their genetic status and the global decline of wild Cheetah populations over the past 13 000 years. In 2015 Vincent was the recipient of the Endangered Wildlife Trust Conservation Achiever of the year award. In 2017 Vincent was the recipient of the South African National Parks Kudu Award for Individual contribution to Conservation.

The Wellbeing Economy and a Better World with Alexia Jeangrand

Walrus from Space with Rod Downie and Peter Fretwell