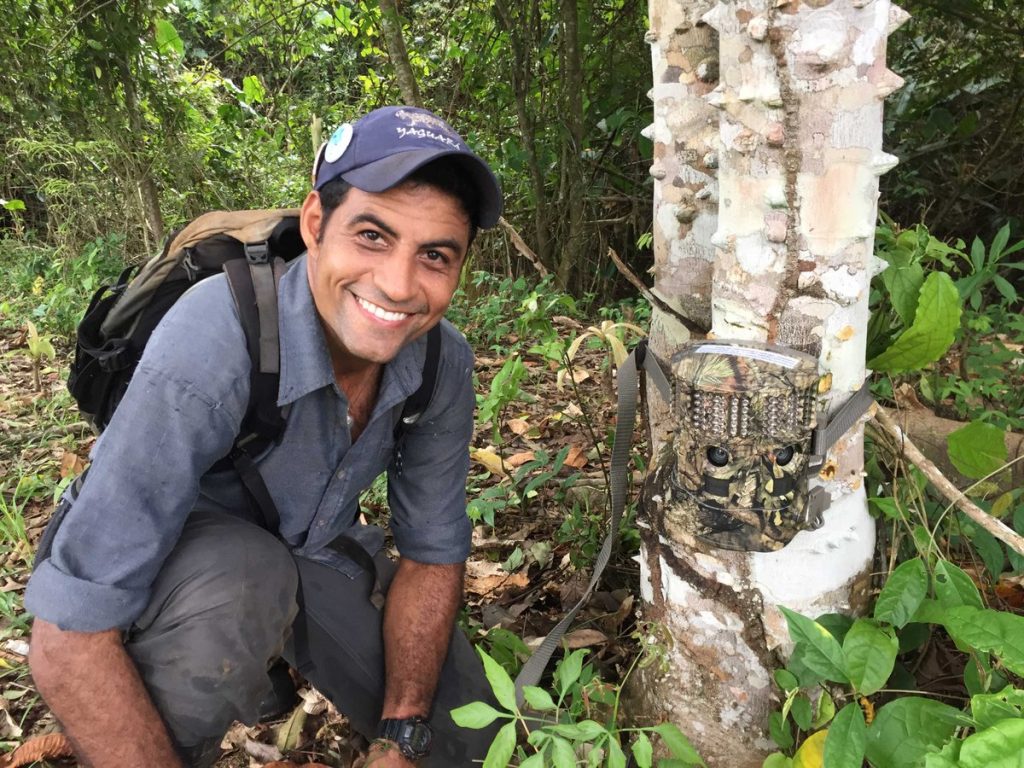 Ricardo Moreno is a Wildlife biologist and National Geographic Explorer. As a kid in Panama, Ricardo used to wake up early to watch National Geographic documentaries about wildlife, especially big cats. That early fascination gave way to a career as a biologist and wildlife conservationist studying wildcats, primarily in Costa Rica and Panama. His research has shown, for example, that jaguars are being killed faster than they can reproduce. Ricardo has probably done more jaguar tracking and camera-trapping than anyone else in Panama. Through his nonprofit organization, Yaguará, he studies wildcats. But he believes the key to conserving them is winning over the locals for whom the cats are enemies.