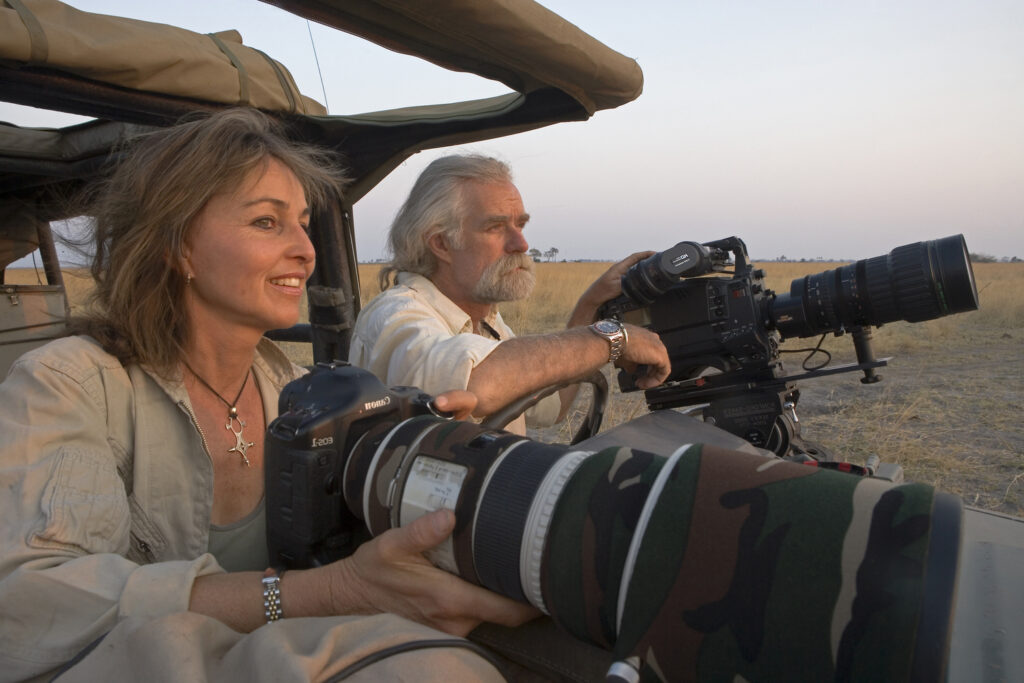 Dereck and Beverly are globally recognized, award-winning filmmakers, conservationists, and National Geographic explorers-in-residence based in Botswana. Their mission for more than 30 years has been the conservation of key wildlife species, with a focus on large predators. In 2009, National Geographic, along with the Jouberts, founded the Big Cats Initiative, a long-term effort to halt the decline of big cats in the wild and protect the ecosystems they inhabit.

Faced with a devastating exponential rise in illegal rhino poaching in South Africa, Rhinos Without Borders was formed in order to start moving these endangered animals away from the poaching hotspots. Rhino poaching is at an all-time high in Africa and is spreading at an alarming rate. The illegal trade in rhino horn has seen the number of these magnificent creatures poached throughout Africa rise significantly in recent years. Since 2008, a disturbing 8 493 rhinos have been poached in South Africa alone. This total onslaught has led to the decline of many populations. With a rhino killed every twelve hours, more of these African icons are now being lost to poachers every year, than are being born. Rhinos Without Borders is a joint initiative between andBeyond and Great Plains Conservation, two leading conservation and tourism companies. The project aims to translocate rhino from high-risk poaching areas in South Africa and create other source populations in Botswana’s wilderness areas. Where appropriate, the rhinos are transported by air as opposed to road, in order to shorten the journey and lessen the amount of stress placed on the animals.

Dinosaurs at the Royal BC Museum