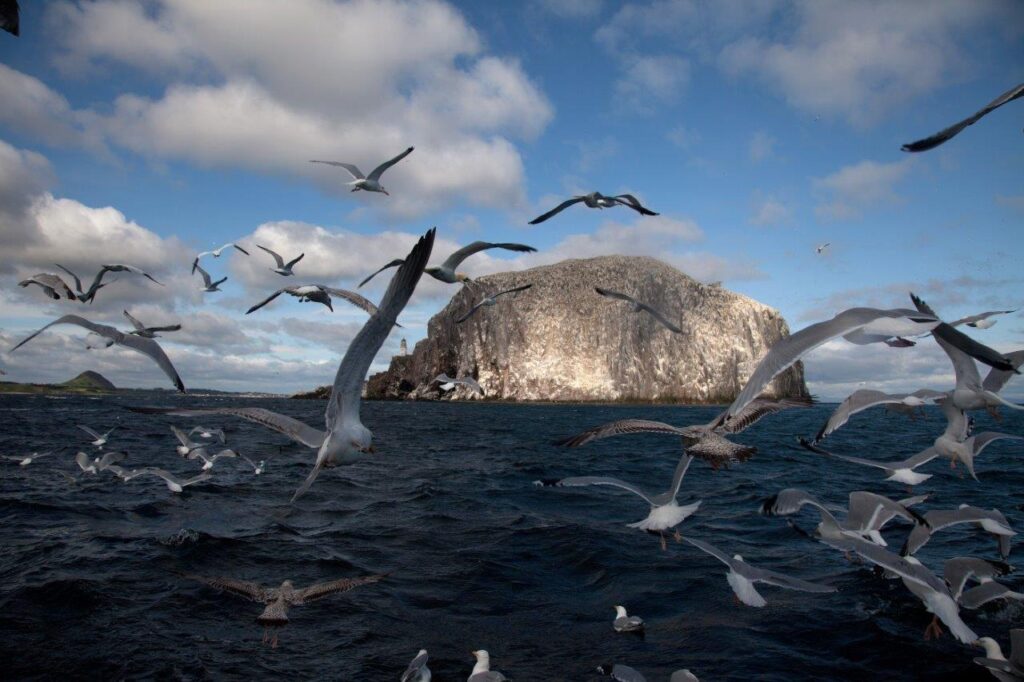 Join us as we go live from Bass Rock with Stewart McPherson and scientists from the Darwin200. Bass Rock is a tiny island formed from a plug of volcanic rock in the Firth of Forth, Scotland. It's jam-packed with over 150,000 breeding seabirds, It contains the world’s largest colony of Northern gannets, one of the biggest seabirds in the North Atlantic and represents 10 percent of the world’s population—crowd onto this one rock.

This is a pilot voyage, part of a larger expedition setting sail in 2021 to follow the most important expedition for natural history ever, Darwin's voyage on the HMS Beagle. In preparation for the 2021 Darwin200 global voyage, explorer and biologist Stewart McPherson and a crew of young scientists, videographers and more have chartered the tall ship Pelican of London to circumnavigate the UK with specialist environmental scientists onboard to mentor the group of young scientists. These scientists will conduct a programme of observations, experiments, discussions, and problem-solving sessions related to the health of the UK’s surrounding waters.

We'll be following the journey and attempting live events from the amazing remote islands of St Kilda and later Bass Rock. We'll also have a series live events from London aboard the Pelican in late September, after they've completed the circumnavigation. There's a possibility of some very exciting guests joining for those events, so stay tuned!

Dinosaurs at the Royal BC Museum