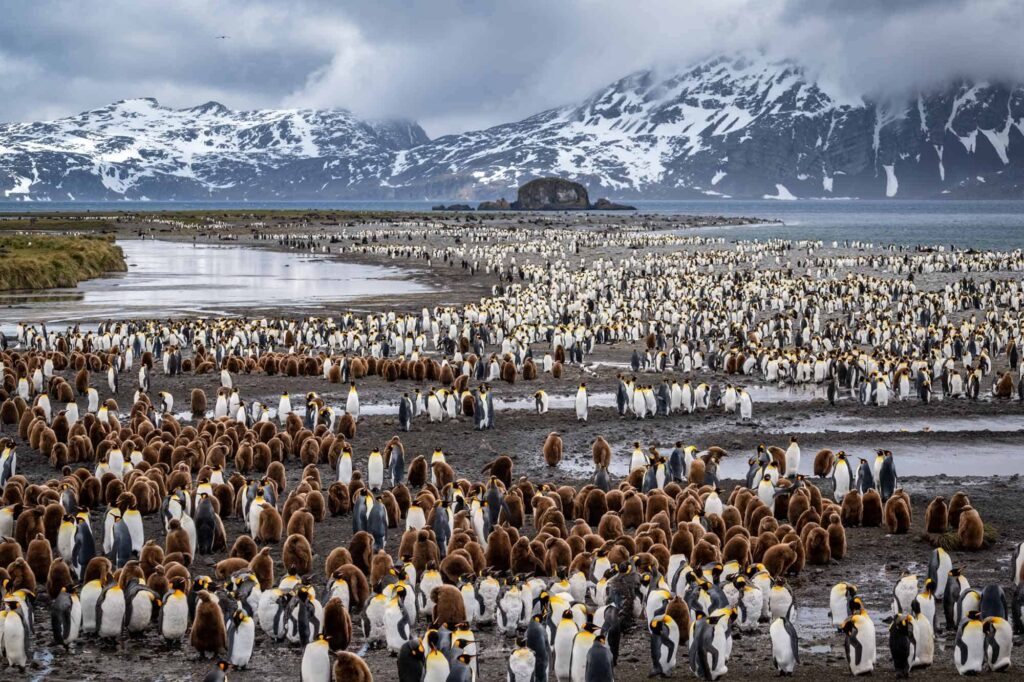 Join in with Darwin200 project leader Stew McPherson and conservationists from the South Georgia Heritage Trust to explore the natural and cultural history of this incredible island located in the cold Southern Ocean.

A future stop of the Darwin200, South Georgia is often referred to as the 'Serengeti of the Southern Ocean’, offering incredible wildlife encounters and rugged beauty. South Georgia has an area of 3,756 square km and is 160 km long and 32 wide.

The island’s bleak Antarctic climate with perpetual snow covering three-fourths of the island, supports only hardy grasses and other tundra plants. Reindeer were introduced shortly after 1900 and have survived. Marine life is abundant offshore, and there are a number of species of penguins and seals. Whaling ceased in the area in 1965 and a small number of scientists and support personnel maintain British Antarctic Survey stations at Grytviken on King Edward Point and at Bird Island.