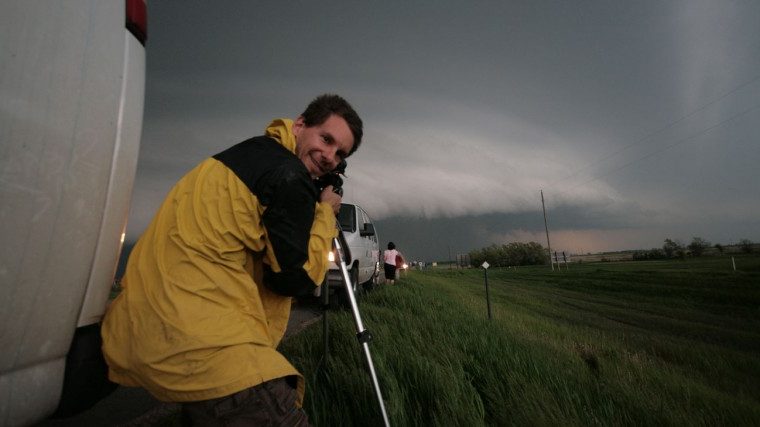 George is a renowned global adventurer, storm chaser, explorer and television presenter. His efforts to document nature's worst weather conditions have taken him all over the globe, into places most normal people are fleeing from. He hosted 3 seasons of the show Angry Planet, travelling around the world documenting some of the most extreme weather and places on our planet. A small sample of hist travels include:

- The jungles of Rwanda to witness rare mountain gorillas. - Into a cage surrounded by Great White sharks off the coast of Mexico - The remote island nation of Vanuatu in the South Pacific where he got married on the crater's edge of the exploding Yasur volcano!! - Dog sledding above the Arctic Circle and kayaking with whales in Antarctica. - Space flight training, including a zero gravity flight and being subjected to extreme forces inside 2 centrifuges. - Reactor #4 at Chernobyl, the site of the worst nuclear disaster in history. - Into the Naica Crystal Cave in Mexico, home to the largest crystals in the world where the environment is so hostile that the heat and humidity can be deadly.

The Frozen Feats (& feet!) of a Glaciologist