In 1915, Shackelton and the 27 members of the Imperial Trans-Antarctic Expedition found themselves trapped in the pack ice in the remote Weddell Sea. Even though Endurance was built to withstand ice-choked polar seas and was easily one of the strongest ships of its era, the expedition team watched helplessly as the shifting ice slowly crushed the ship, which then sank 10,000 feet to the sea floor. All alone at the bottom of the world, Shackleton led what is now a world-famous journey of survival, crossing hundreds of miles of unstable ice, punishing seas and even snow-covered mountain peaks to find rescue. Everyone survived to tell the tale, but Endurance has never been seen since.

The Endurance22 expedition will set out with the best possible technology and a world-leading exploration team to find the Endurance. They will  navigate the treacherous southern waters, slamming through miles of pack ice in search of locations for state-of-the-art submarines to scan the ocean floor. If they find the lost ship, the plan is to survey and film the wreck. The team’s 2019 attempt to locate the Endurance was called off due to extreme weather and a lost submarine. This time, the team is even more determined to find the remains of the legendary ship. 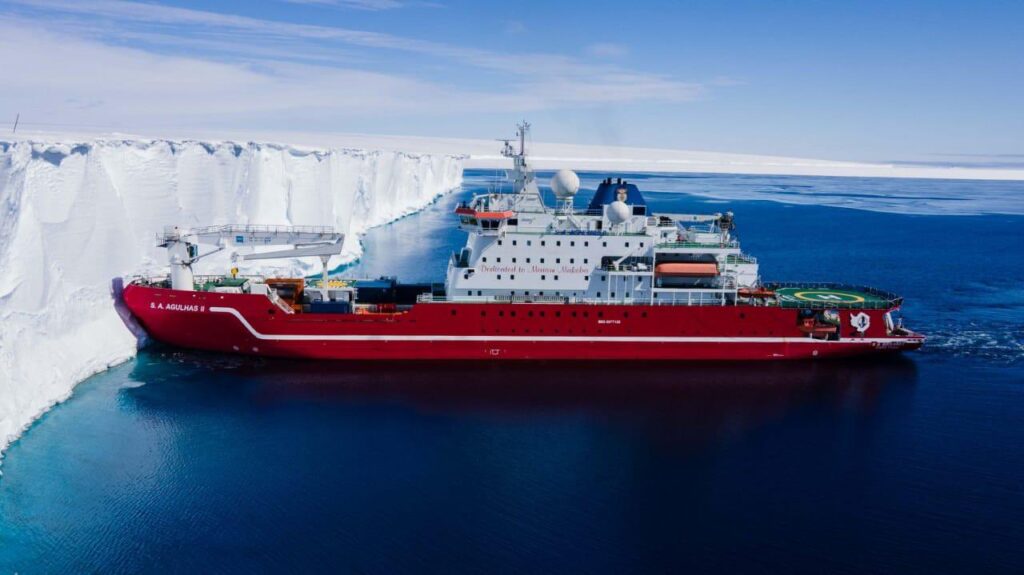 S.A. Agulhas II is a South African icebreaking polar supply and research ship owned by the Department of Environment, Fisheries and Forestry (DEFF). She was built in 2012 by STX Finland in Rauma, Finland, to replace the aging S.A. Agulhas. Unlike her predecessor, S.A. Agulhas II was designed from the beginning to carry out both scientific research and supply South African research stations in the Antarctic.

Endurance22 Expedition sub-sea team member and AUV expert Chad Bonin has spent a career finding and mapping things that are deep underwater. He’s part of an elite team that will be using state-of-the-art marine robotics to search for Sir Ernest Shackleton’s sunken ship, Endurance, 10,000 feet beneath the surface of the ice-cold Weddell Sea in the Antarctic this winter. Chad will be calling from Toulon, France, where the Endurance22 Expedition sub-sea team is about to conduct deep-water tests with a combinated AUV/ROV unit. Following that, they will be simulating an ice camp, practicing deploying marine robotics through holes in meters-thick ice as they expect to do at the sink site of Endurance.